While I was in Dorset, I visited Monkey world.

Monkey world is Set amongst the woodland of Dorset lays 65 acres of sanctuary for over 250 primates. Monkey World was set up by Jim Cronin in 1987 to provide abused Spanish beach chimps with a permanent, stable home. Today Monkey World works in conjunction with foreign governments from all over the world to stop the illegal smuggling of apes out of Africa and Asia. will at the park you can see over 250 primates of more than 20 different species.

They currently have 55 chimpanzees at Monkey World, in 4 different social groups. they have rescued chimpanzees from Spain, Greece, France, England, Austria, The Netherlands, Israel, Cyprus, Dubai, Mexico and Taiwan where they were being used and/or abused in laboratories, as exotic pets, as photographer’s props, or as circus animals. Their exact histories vary, but the majority of them share part of the same story. Born in Africa, chimpanzees are taken from their family groups as youngsters. Poaching expeditions for bush meat and the capture of young animals result in the slaughter of adults as they try and defend their babies and extended family. It is estimated that the removal of one infant will result in the death of up to ten other chimpanzees. The young animals are smuggled out of Africa and then sold illegally abroad.

New arrivals at monkey world are given a full medical check and such examinations often reveal serious injuries such as machete wounds and broken bones. Many of the chimps come to us addicted to drugs. Recovery and rehabilitation for the monkeys is a lengthy process with many of the animals suffering from malnutrition and anemia.

At Monkey World they rehabilitate the chimpanzees into large social groups. . At present, there are 4 groups of chimpanzees at the park; two groups of 20, one of 15 and a nursery group of 5. Each group is given at least 1 hectare of land.

Monkey World is also working in Asia with the Pingtung Rescue Centre for Endangered Wild Animals to try to stop the smuggling of gibbons and orang-utans from the wild. We are also conducting undercover surveys of the illegal pet trade in South East Asia.

On-site there is a hospital and operating theatre where most of the medical examination and operations on the apes and monkeys are performed. While we have a local vet and a specialist primate vet, the staff at Monkey World are recognised as experts in primate rehabilitation and health. We also bring in specialists as needed such as paediatricians, dentists, ear, nose and throat surgeons, ophthalmic specialists, and gynaecologists.

Monkey World has featured in many television programmes including:

Here is a little video of pictures I took at monkey world.

I really enjoyed my day and I hope you enjoyed the pictures I am hoping to go back again as I loved and especially the baby orangutan called Bulu Mata he was just swinging around his enclosure.

until next time bye everyone 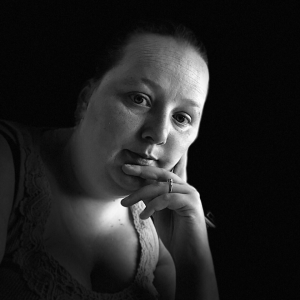 Fish having a swim around

Spread the love via https://youtu.be/V0KaBr-tF6g

Spread the love via https://youtu.be/2HISukGRLuo

Its been A long time

Spread the loveIt has been a very long time since…

Spread the loveI know, I know it has been a…